Sara, a concerned mother was complaining to his School Headmistress, “My son, Mike often gets tripped in the classroom despite being careful while walking. Once he trips and falls, the entire class makes fun of him. It has been observed that whenever Mike trips there is always one particular another child around. Not only while tripping but whenever Mike is in trouble, most of the time the same another child is found around. All these events seem to have affected Mike.” The New Class Teacher who was accompanying Sara endorsed, “He hardly interacts with anyone in the classroom and sits alone in the corner. He refuses to go out of the classroom even during lunch breaks.” The experienced School Headmistress with a heavy sigh exclaimed, “There are chances that Mike is getting bullied!”

The narration of the above incidence might ring similar cases in your ears. So let us learn more about ‘BULLYING’.

Bullying is seeking to harm, intimidate, or coerce someone who is perceived as weak, timid and vulnerable.

Physical bullying – It is the most observable and common form of bullying. Most often resulting in causing physical harm, it includes kicking, hitting, punching, slapping, pushing, destroying property and other forms of physical attacks. The scars of physical bullying may be seen on the body as well as on the mind.

Verbal bullying – It is a subtle form of bullying and often remains unnoticed as it involves verbal abuse. It comprises of teasing, name calling, shouting, threatening, etc. Verbal bullying can leave a deep impact on the child’s mind.

Cyber bullying – Prevalent in todays’ gadget age, Cyber bulling includes using internet, social media or other tools and technology to embarrass, harass, spread rumours about a child. Since the digital footprints of Cyber bullying cannot be erased easily, it can have long term implications on the child’s mind.

The above-mentioned forms of bullying may happen to the child anywhere, at home, at school, on street or even in the park.

As seen from the above explanation, bullying has a long lasting effect on the body and/or the mind of a child, it is necessary to prevent your child from getting bullied. Below are some of the important points that your child must know in order to handle bullying.

Reporting it to an adult – The very first step that must be taken by the child is to report about the physical/verbal/cyber bullying event to parents/caregivers, teacher or other higher authorities without fail. It is not that the child must report only if it is serious but one must report even if it is the first incident of bullying.

Ignoring or avoiding the bullies – Paying no attention to the verbal comments being made or taking a different route away from the bullies, etc. can help.

Being confident and brave – The bullies usually try to break the confidence and the self-esteem of a seemingly weaker child. In such situations, it is important to teach your child to stay brave and not to get affected despite of whatever is being said or done. Believing in self is the key. Self-confidence can shield your child from all sorts of bullying.

Taking a stand – To avoid getting bullied, teach your children to say ‘NO’ loudly and clearly to any of the bully’s advancements. It is a known fact, that if you give away to the bully even once, then he/she repeatedly bullies back.

Breaking the cycle – While not getting bullied, teach your children not to be a bully themselves.  This can definitely break the vicious cycle of bullying.

As a parent/caregiver, teacher, we need to pay close attention to the changes in every child’s behaviour and encourage the child to open up about their experiences.

If we all collectively play our role correctly, bullying can be reduced and eradicated from the society. 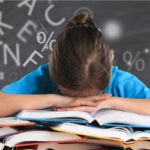 Children at Gadgets: The Good and the Bad 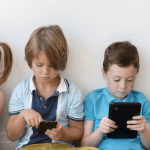 How to deal with exam stress?

Skills to be imparted in Pre-School Curriculum